We checked out Tuesday morning, went to Fry's and then to the Hotel Bijou in San Francisco again. Spent some time at Barnes & Nobles and had dinner at Lori's Diner. More cable car riding and shopping on Wednesday. The choice in DVDs (or Bluray disks) even got smaller, and apparently nobody sells any CDs except new releases and best-of albums anymore... 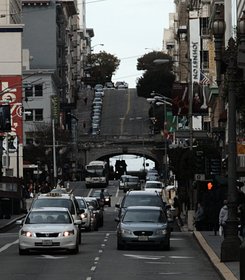 Thursday was time for some hiking in Muir Woods National Monument, and we actually found space at the parking lot... It was a pleasant not too difficult hike through the woods, even though the trail was described as strenuous. Sort of like the Black Forrest with large conifers instead of spruces. Afterwards, we tried to visit the Point Bonita lighthouse, but it was closed. At night we were invited by Morani and Shimaron to the Pyramid Alehouse. It was a pleasure to talk to them in person again after a long time. The food at the restaurant was also excellent and the beer is surprisingly good when it comes from the tap. 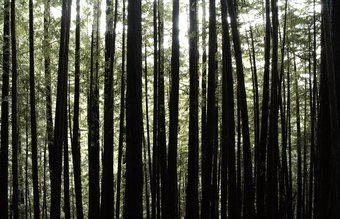 Friday was the last day in San Francisco. We visited Coit tower and tried again to get to the Pt Bonita lighthouse. Open Saturdays and Sundays only. Hey, that sign wasn't there the first time! 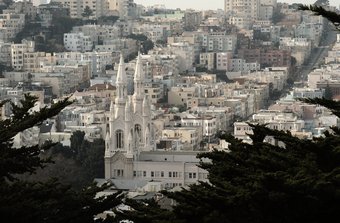 Next stop: Folkmanis factory outlet. Got puppets with only slight flaws for a bargain. By the way, if you want to know where Pixar is: across the street from Folkmanis. We then went to an electronics surplus warehouse in San Jose and finally went shopping for some missing items at the mall again. 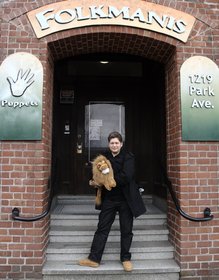 The flight to Frankfurt on Saturday was uneventful. The folks in the row in front of us never flew before, which meant they had to be educated about the backrest etiquette... It took ages for our luggage to arrive on the belt in Frankfurt, but eventually it all appeared undamaged. I said goodbye to Furvan, Kayjay and Tioh and took the next train heading for Nürnberg with Lynard. Lynard departed in Würzburg and I arrived at my home at 3 pm, tired but satisfied. What a great vacation!

Well ... learn something new every day. I didn't know that was there :)

"Err, what?" seems like a good description of this picture. The tunnel doesn't even appear long, thought the hill on top appears very steep and longer. That's even stranger.

Has anybody told Folkmanis yet what we're doing with their puppets, or even left a Pawpetshow-DVD at their store?

Not really, they were all busy and i forgot my mp3 player which had the seconed scene of last years show on it. Though i have another Lionel now *G*

Erf... one of the photos on which i don't look like a complete moron. Thanks owolf!