Located South of Olympia, Wolfhaven is one of the oldest wolf sanctuaries in the US. Their tour mainly features some of their rescues from irresponsible owners. The enclosures are large and and they only keep two wolves in each. I guess trying to compose packs of individuals who didn't grow up with each other or aren't even properly socialized wouldn't work anyway. They are also part of a breeding program for highly endangered Red Wolves. They are quite shy though, and I didn't get any pictures of them. Unfortunately, due to the fences it is quite hard to photograph the wolves anyway. 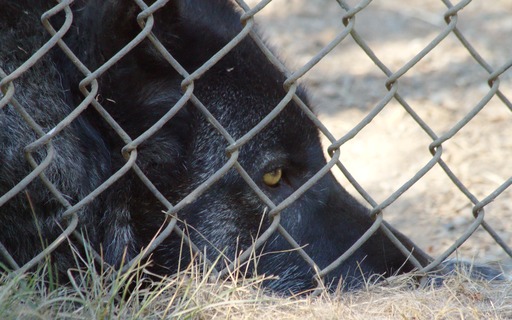 Rainfurrest is a fast growing furry convention in the American Northwest. It takes place at the Hilton Seattle Airport and Convention Center. The hotel is nice, even though it seems to be roughly the same distance from our room to the ballroom as from the Westin to the DLCC at Anthrocon. Lots of very young attendees, and I have to admit having asked myself whether I ended up at a gay fetish rave instead of a furry convention — nothing wrong with that, but not quite what I expected, and not my cup of tea to be honest. But the atmosphere of the convention is excellent, the dances very good (even though I didn't feel like dancing), lots of self-made fursuits I haven't seen before, and fortunately also some friends at my age attending so I found enough people to chat with. I'll likely attend again, but we already have other plans for next year. It was an interesting experience and it is a good thing to get to know this side of the fandom a bit better, too. 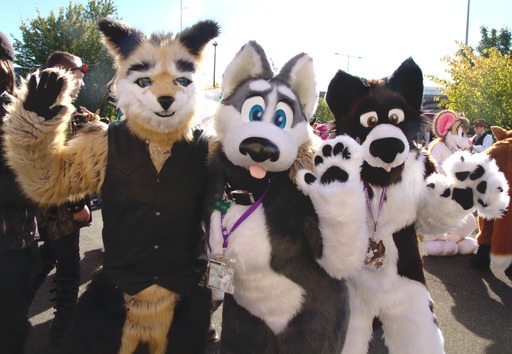 It's always hard to photograph wolves. Trust me on this.