We spent the night at Crescent Bay RV Park and Beach, a small recreational area near Port Angeles directly at the Strait of Juan De Fuca. The RV park is a bit overpriced, at least for off-season, but the people running the place are very nice and warm-hearted, the park clean and well maintained, and the best thing: it has a long private beach just across the street. On clear days like this it is possible to see Canada across the strait. We spent the whole morning at the beach, taking photos and chatting.

Later that day we went hiking in the mountains again, but only the short trail up to Marymere Falls. I used the Vibram Fivefingers hiking "shoes" for that. While I wouldn't recommend this kind of footwear for alpine hikes like the one at Mount Rainier, I found them very comfortable for mountain forests. Stepping on sharp stones doesn't hurt more than with traditional shoes. You just don't twist your ankles, no knee issues, less strain on leg muscles, no blisters, much more control about movement. The only downside is a larger strain on the tensions and joints of the toes, but it gets better after using them for a while. 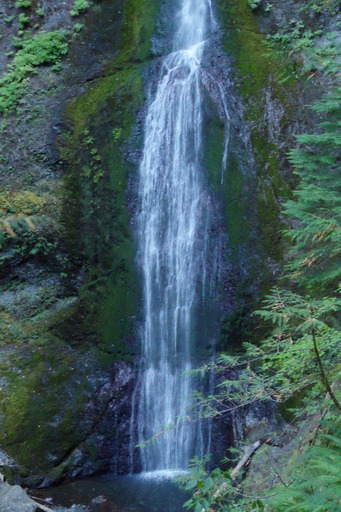 Located at the Quaillayute River, the rather primitive Mora campground is lovely and shady, and most of all: quiet. In the morning, we drove down the street to Rialoto Beach. It is good to be at the sea again.

We continued our way back into the mountains to the Hoh area. It is a cold rain forrest, at least that's what the brochure says. However, that day it was a warm and dry day... The vegetation indeed is that of a rainforest: mosses and lichen growing on the branches of the trees, mostly firs, spruces and maples. Many trees are growing on so called nurselogs, dead and fallen trees. This is mostly due to the thin layer of soil on the rock, which is even covered with ferns and shrubs that don't allow the trees to grow directly on the ground. We hiked the two short trails there, one meeting the Hoh River, before we continued to look for a campground for the night. 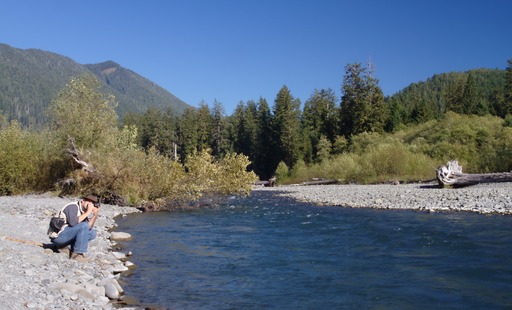 I intended to spend the night in Kalaloch near the ocean beach, but it was full. So we drove to Ocean City and chose the first campground we saw. The landlady was a bit strange. The dialog on arrival was this:

Her husband directed us to the campsite, we set up shop, put out BBQ and had dinner.

The campground has direct access to the beach, where we spent the morning, and on checkout to our surprise the landlady was really nice.

We decided against driving back to Olympic Nat'l Park, instead did some groceries, filled up the tank and drove enjoyed the landscape on our trip to Cape Disappointment. We saw a lot of deer on the campground there which wasn't concerned about the campers at all.

I'm developing a bad cold and slept quite uneasy. Unfortunately, I woke up too late, too, and we had a very late start that morning. The only disappointing aspect of Cape Disappointment is Waikiki Beach (but then again, it's Washington and not Hawaii). The hike to the southern lighthouse across the hills is quite nice, and the lighthouse itself is a must-see, though you can do that only from the outside. 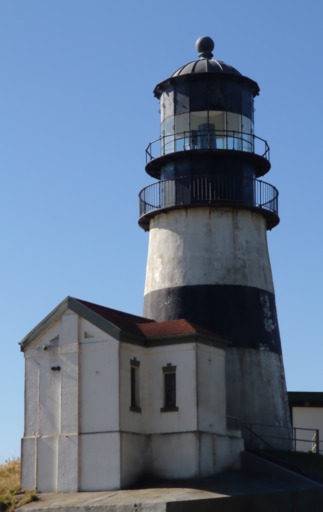 Next we visited Astoria, a formerly wealthy city at the Columbia River. Unfortunately, after a short revival as a tourist attraction, many of the old buildings are decaying again. The trolley line is fun, though. A vintage tram car pulling a diesel generator for the motor commuting along the riverside... 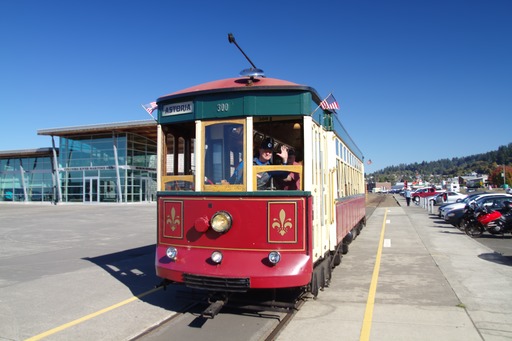 Next we went to Cape Meares for a very nice sunset, but we had to skip Cape Lookout as it was way too dark. And what maniac is responsible for the road maintenance of the Three Capes Loop? The Lonely Planet describes the highway as "rough", and that's an euphemism. But regardless of that, the route is very scenic, indeed. 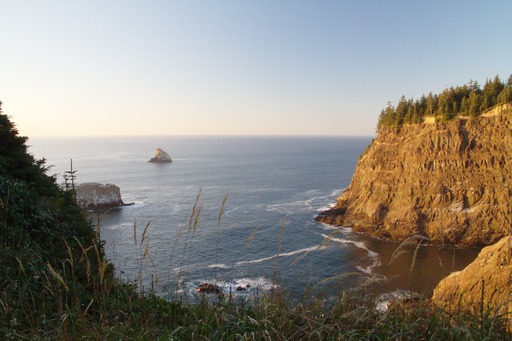 Hi, just happened to see your post though the "freinds of freinds". Hope your trip in the states goes well for you all! I myself can't wait for my next trip back into Germany and other European countires. Since I travel about the country in a Truck Camper RV, the comment about having that many folkes in a large RV is not normal maybe max of 4 "family" and normaly one will see 2 husban and wife. And plus they may have a had a "extra" charge for having more the 2. Do have a safe and fun trip now.